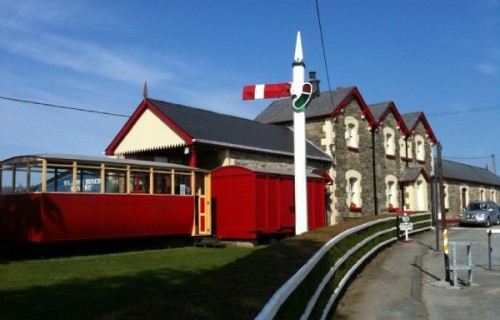 Situated only 3 mins walk from the centre of Donegal Town the Donegal Railway Heritage Centre tells the complete story of the history of narrow gauge railways of Donegal.

The story is told through illustrated wall-boards and shown on a large audio-visual systems. A variety of of beautifully constructed models, some of which can be seen working, also tell the story of how railways were once a vital part of day to day life in the northwest of Ireland. The Donegal Railway Heritage Centre is located in the Old Station House, Tyrconnell St. and is open Monday to Friday 10am – 5pm.